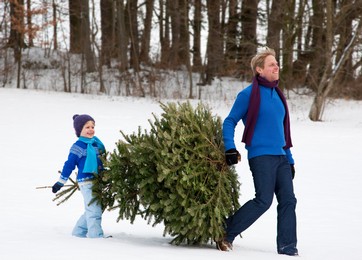 Six of Dickens’s first nine Christmases were white. One of these fell in the winter of 1813-14, when Britain’s last Frost Fair was held on a frozen River Thames in London and Dickens was nearly two years old. The ice around Blackfriars Bridge was thick enough to bear the weight of an elephant. So when in 1843, he came to write about the Ghost of Christmas Past, he did so with the spirit of those colder Christmases, with “quick wheels dashing the hoar frost and snow from the darker leaves of the evergreen like spray”. The story is now credited with establishing the Victorian genre of the Christmas story and spurring a revival of the celebration of Christmas in early Victorian England.